In the same way Victorian journalist Henry Mayhew reported on the life of the working classes in his articles published in the ‘London Labour and London Poor’, Dickens captures the social fabric of Victorian London at the time of his writing. Mayhew’s depictions of the London street markets evoke chaotic scenes and images that invade the senses. Dickens’s commitment to capture the same realism in Oliver Twist gives the reader a clear image of the full range of the social spectrum together with a portrait of the city. Part of the construction of realism is symbolism and Dickens uses this with his descriptions of the houses and the way that the Victorian lowers classes lived. This realism projects a comprehensive use of stylistic finesse in a way that captures the reader and evokes an empathy with the lower classes. In Louis James’s book, The Victorian Novel, he states that ‘…Oliver Twist placed social concerns at the heart of the emergent Victorian novel.’ (James, 2006, p159). Dickens also uses his journalistic experience and reports on the social issues of the time; to confront the reader with the real. In the Cambridge Companion to The Victorian Novel, Deirdre David tells us that Dickens aimed to shock his audience with a novel that dealt with the Poor Law introduced in 1834, (David, 2001) and upon defending himself, Dickens claimed the criminals ‘really did exist…’ and ‘…to show them as they really were…’ (David, 2001, p7-8). This intention can be seen quite clearly in chapter 50 of Oliver Twist.

Dickens’ use of place names and descriptions of buildings at the beginning of the chapter allow the reader to see the settings exactly as they are. His lengthy sentences and descriptive list-making symbolise a realistic view of the life of the lower classes in the city, ‘…unemployed labourers of the lowest class, ballast heavers, coal-whippers, brazen women, ragged children…’ (Dickens, 1992, p329). Dickens constructs lists as a way of showing the full range of people living in the slums and this gives the effect of hundreds upon thousands of people. The ‘city’ had become a new theme in Victorian writing and as the interest in ‘the novel’ was growing, this would have intrigued the Victorian readership immensely. The descriptions of places that they knew and heard of gives the novel a sense of the real and the journalistic approach to the start of this chapter evokes a startling imagery of filth and destitution. A ‘maze of close, narrow and muddy streets thronged by the roughest and poorest of waterside people…’ (Dickens, 1992, p329).

Dickens’ use of a metaphor here with his creation of a labyrinthine world with the word ‘maze’, suggests the poor and working-class people will never escape their fate. They are condemned to a life of poverty and again Dickens is commentating on the poor being constrained by this with many turning to a life of crime rather than go to the workhouse. 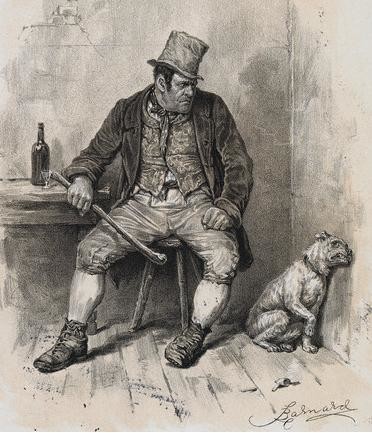 As Sikes’ whereabouts become common knowledge, the crowd begins to grow gradually from a ‘…multitude of angry voices’ (Dickens, 1992, p334) and then almost immediately to a mob, growing all the while. ‘There were tiers and tiers of faces in every window, cluster upon cluster of people clinging to every house top’ (Dickens, 1992, p336). Whilst Dickens is being melodramatic in his description of the crowd here, his realist approach to this scene portrays an image seemingly layered upon itself, like the layers of society. Similarly, Henry Mayhew categorises the layers of the social classes in his articles. There is even a figure described as ‘…an old gentleman…’ (Dickens, 1992, p336) showing the social makeup of the crowd was not confined to the lower classes. Dickens is using the crowd scene to depict life in the city. The frenzied crowd turns lynch mob and becomes apoplectic as Sikes appears above them. Sikes was a detested and violent criminal and as individuals no-one would have approached him. This new identity of ‘the crowd’ shows the fascination with crowd behaviour and the loss of individual identity within it. As part of a whole, they became energised and hidden, which in turn makes them a powerful and unrelenting force. Again, Dickens was confronting the reader with the real and the crowd scenes depict a visual image of the masses.

Dickens describes Sikes as ghostly, ‘Blanched face, sunken eyes, hollow cheeks, beard of three days growth, waster flesh, short thick breath’ (Dickens, 1992, p333). When the boy Charley sees Sikes hiding with the three robbers, he is horrified and calls him a monster. At this, ‘Sikes eyes sunk gradually to the ground’ (Dickens, 1992, p334). It is as though he cannot bear to hear the words. There is a psychology at play here. Sikes would appear to feel shameful and this makes him human rather than ‘monster’. This realist approach that Dickens uses here does not evoke a sympathy from the reader, rather an understanding of what Sikes has become. He is a product of society’s failings and a victim of his own situation. In David’s The Victorian Novel, she states that ‘Dickens’s novel registers a sincere commitment to fiction as a morally transforming force and a palpable belief that its form emerges naturally from its moral imperatives’ (David, 2001, p7). Dickens embodies Sikes to symbolise everything that is wrong with society and is a product of his environment. Again, this is Dickens commentating on social problems and bringing them to the forefront of the reader. 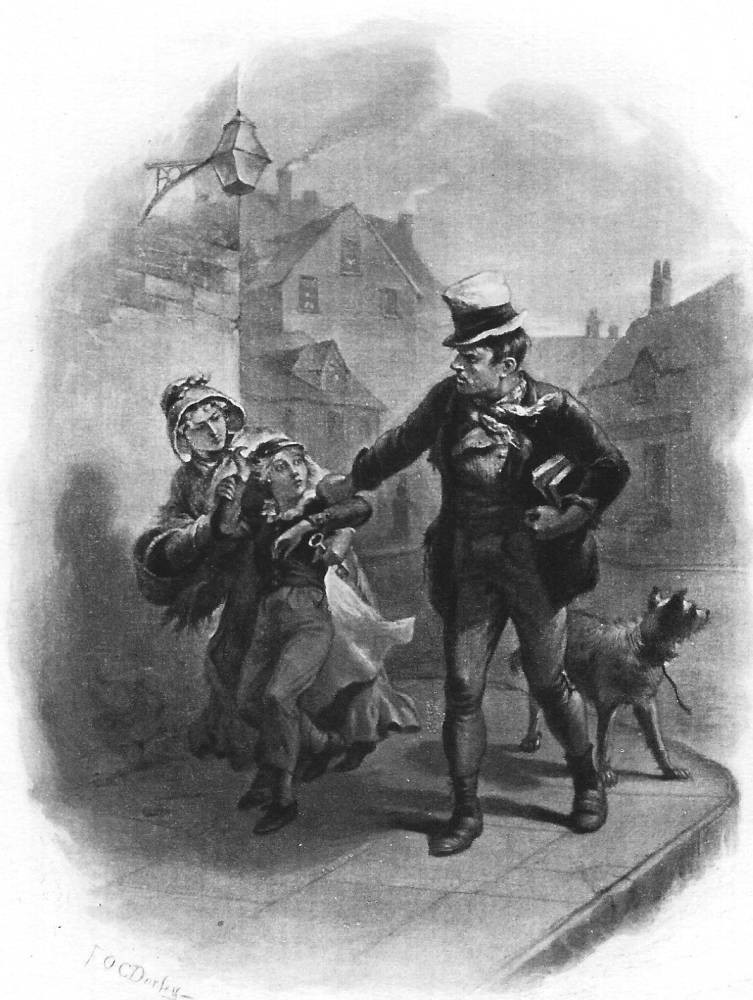 The realistic approach that Dickens uses in chapter 50 of Oliver Twist gives the reader a true depiction of life in the city. His journalistic style of description and lengthy sentence structure symbolises the chaos and noise of Victorian London and captures the imagination of the reader. Dickens wanted to shock with his depictions of life in the underbelly of Victorian London and shows us the city as it really is. The crowd turned mob imagery gives way to a new identity of ‘the crowd’ and the loss of identity within it showing that people did become truly lost within the masses. Dickens also takes a moral stand and embodies the character of Sikes as evil, representing everything that society has become. He confronts the reader with the real as a way of reporting on social issues in order to bring a gravitas to the poor and destitute.